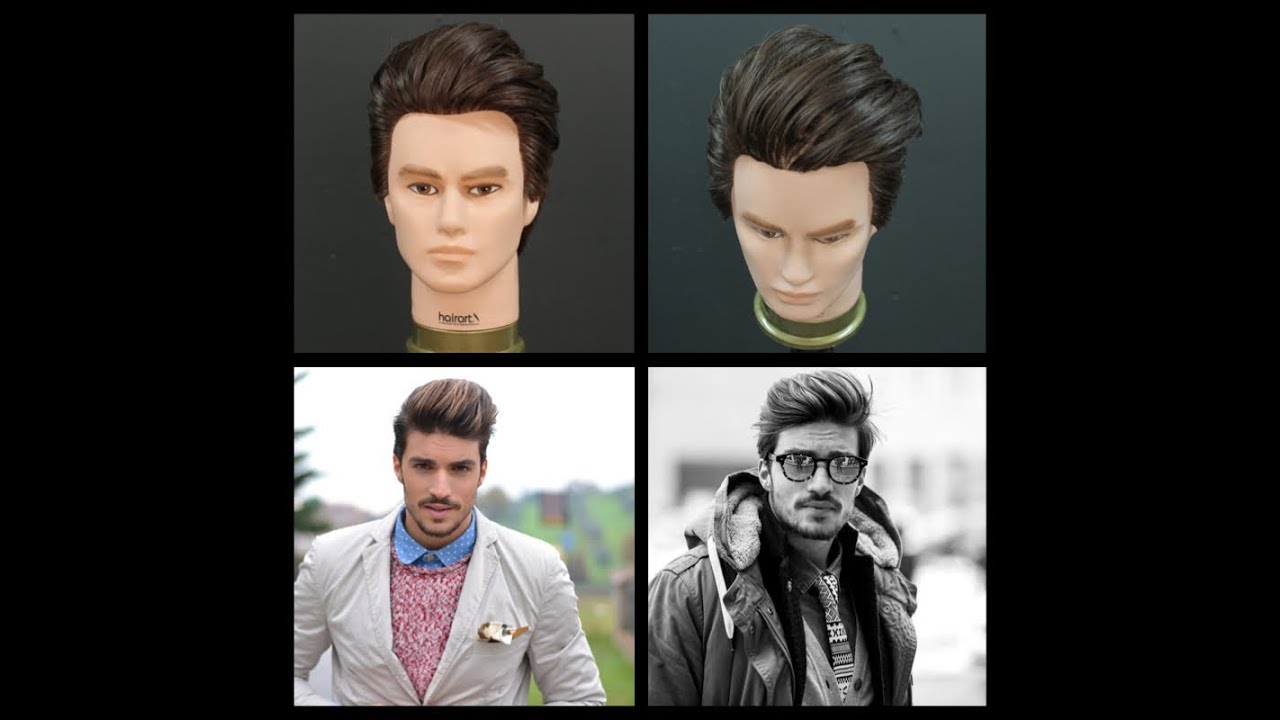 In this men’s haircut tutorial and special request, I demonstrate how to achieve the Italian model Mariano Di Vaio haircut and hairstyle. Mariano has had a number of different hairstyles and this one was a bit on the longer side.

With 20+ years of experience as a hairstylist and media personality, Stephen Marinaro, a.k.a. TheSalonGuy, focuses on bringing fashion, beauty and entertainment content to millions of people through TV, radio, print and the web. Whether he is offering style advice or chatting with stars on the red carpet, Stephen lives by the values of professionalism, respect, and passion for his work.

Since entering the beauty industry in 1992, Stephen wanted to give back to his community in different ways. After serving the public and protecting our families for six years as a law enforcement officer and Firefighter, Stephen decided to forge ahead with a new career path that combined his first loves: Beauty and Technology. Stephen brought his core family values, respect and an overwhelming sense of dignity with him during his transition. Not only is Stephen a mentor to millions of viewers through television and radio, he is also the founder of salonsearch.com, an innovative online directory for salon clients and professionals.

Stephen’s YouTube channel, www.youtube.com/TheSalonGuy, features styling tutorials and event coverage.  His channel surpassed the 2.5 million views mark, and averages an astounding 300,000+ hits per month.
Not only has Stephen hosted his own radian show, he has also interviews with an impressive list of celebrities, including Sophia Vergara, Alyssa Milano, Regis Philbin, Steve Buscemi, Terrence Jenkins, Pamela Anderson, Daisy Fuentes, Michelle Rodriguez, Dita Von Teese, Nick Cannon, Frederic Fekkai, Kelly Cutrone, Thomas Jane of the hit HBO series Hung, Twilight’s Chaske Spencer, Smash’s Megan Hilty, and Jenna Dewan-Tatum, among many others.
Stephen is currently signed to Rightster, the #1 news content providers on the web. He was also cast by eHow as an expert, for a 13-episode series on hair and grooming tips. He’s chatted with and interviewed cast members of several shows including  How Do I Look?, What Not to Wear, The Real Housewives of New Jersey, Real Housewives of New York, Cake Boss, Jersey Shore as well as covering red carpet events and fashion shows that include the Oscars and Mercedes-Benz Fashion Week NYC. Stephen has appeared on Style Networks hit show, Jerseylicious on Season 4 and has worked with other networks such as MTV and BRAVO.
Stephen is also an entrepreneur who helps businesses through consulting, marketing, and media and event production. He has worked with brands and designers such as Dior, L’Oreal, Paul Mitchell, Zang Toi, Rachel Roy, Emiliani, DePasquale, Nike Communications, The Art of Shaving, Beauty Press, Youthful 8, Malan Breton and Ted Gibson.

Whether Stephen is working in front of the camera or behind the scenes, one thing is certain: TheSalonGuy brings a unique blend of creativity, experience and enthusiasm to every project.